HELP PLUG THE GAP ON THE MON PROJECT

On the 1st of February 2021, Myanmar was thrust into a humanitarian crisis when the military junta seized power over the government in a coup d'etat.

Since then, thousands of teachers have been dismissed and the learning of almost 12 million children and young people in Myanmar has been significantly disrupted (UNICEF 2022). In short, there is an increasingly desperate need for quality education across the country.

MEP has a reputation of implementing projects in challenging areas, including Mon state, located on the western coast of south-east Myanmar. The majority of this region is currently under military control, and as a result is experiencing escalating unrest.

Our partnership with the Monastic education network is helping to raise education standards in some of the poorest communities in Mon state, working with both teachers and students who have been victims of ongoing conflict and civil war. Given the difficult circumstances, we are having to adapt our current programme to reflect the conditions on the ground.  However, in the meantime we must maintain our presence in Mon, allowing our team of trainers to continue providing vital educational services.

Help us plug the gap on the Mon project, allowing us to keep our team in Mon state and at the same time redesign our current programme.

Although much of the conflict in Myanmar is rarely reported in the western press, the headlines from the Myanmar free press highlight a deteriorating, critical situation.

According to the latest November figures there are currently 12,806 civilians being held inside Myanmar’s prisons for resisting last year’s military coup. Amongst them are senior elected leaders, advisers and protesters, and also many teachers who refused to work for the junta. Many young people have given up on protesting and have taken up arms. In the last week of October, a military battalion commander was among 56 regime forces killed during clashes with the People's Defence Force and ethnic armed organisations across the country. This impacts on all the peoples of Myanmar.

It is against this background that MEP is making its Mon Christmas appeal.

“Help plug the gap on the Mon project.”

2 posts
No posts yet
Close

MEP - Mon Project Christmas Appeal has received a donation, donate to this cause to help reach the fundraising target!

MEP - Mon Project Christmas Appeal has launched a fundraising campaign, show your support with a donation!

Uh-oh... looks like your session has expired. Please refresh the page.

Why not start your own fundraiser? It's so easy to get involved... 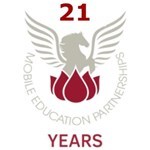 Inspiring, training and supporting teachers in marginalised communities For the past 21 years, MEP has worked with victims of war, poverty and oppression in Myanmar regardless of their ethnic/religious background. We continue to support our partners in Myanmar in spite of the military coup and Covid-19. At this ... Read More

Charity profile
MEP - Mon Project Christmas Appeal
HELP PLUG THE GAP ON THE MON PROJECT On the 1st of February 2021, Myanmar was thrust into a humanitarian crisis when the military junta seized power over the government in a coup d'etat. Since then, t
Donate now
Close
Confirm

You are about to remove the message and all replies. Do you want to proceed?